One day, a Gamechanger was walking through a park with her dog. Her dog was walking quietly by her side, enjoying the prospect of some off leash fun when they reached their destination. The Gamechanger passed a play park busy with laughing, yelling children. The dog looked at the children then turned his head to his Gamechanger, knowing that the Magic Hand would appear to help him past the situation that previous would have caused him much distress.

“Good boy,” said the Gamechanger to her dog as the Magic Hand did its work.

A harassed lady with a small brown terrier was sitting on a bench at the side of the play park. Her dog was barking furiously at the children. There were two buckets on the ground, one next to the lady and one next to the dog,  and with every second that passed, the Gamechanger noticed splashes as invisible rocks dropped into the buckets.

By the time the Gamechanger and her dog passed, the buckets suddenly overflowed, spilling water onto the ground in all directions. The small terrier caught sight of the Gamechanger dog and lunged out on the lead towards him, barking wildly.

The Gamechanger’s dog regarded the small terrier with interest but turned his head back towards the Gamechanger. He was not troubled. Previously he would have reacted, shouted back at the small stranger. But not now. He looked to his Gamechanger and she smiled.

“Good boy, good choice,” she said and rewarded him with some tasty roast beef.

The Gamechanger caught the eye of the harassed looking lady.

“How did you do that?” asked the lady.

“Games,” answered the Gamechanger simply. “Come, I’ll show you how.”

The harassed woman was skeptical. Surely games couldn’t change the whirling dervish that was currently straining at the end of the lead to get to the Gamechanger dog? The lady had no confidence in her ability to train her own dog. It had been crushed by too little success and too many failures. The treats lay in her pocket but her dog never did anything to earn them and her finger had been hovering over her phone screen when the Gamechanger approached to direct the purchase button of a “training aid” that would assist. It had sharp bits but surely anything was worth it to avoid these situations? She was desperate. She loved her dog so much but the dog was such a handful sometimes, and the lady was no dog trainer. She sometimes wondered if she was even the right owner for her dog.

She decided to follow the Gamechanger. And so they all walked on into the park, with the harassed lady keeping her distance at the back with her small terrier that was still cracking up at the Gamechanger dog, the kids on skates, the cyclists, the leaves, anything that moved.

They turned a corner and suddenly came upon a scene of carnage. There was blood all over the pavement. The terrier owner dived behind a tree to stop her dog adding to the situation.

Five dogs sat quietly watching as a sixth dog had a scrape on its paw attended to by a kindly looking lady. The dog was panting and wriggling and generally doing anything it could to get away from the well meaning stranger.

“Thank goodness that gentleman has such good control of those dogs,” thought the terrier owner. He must be a dog trainer! She read his jacket. Joe’s Dog Walking Services.

“Ah,” she thought. “That explains it. He’s a dog walker. He knows how to work with dogs.”

“It is just a small scrape on her pad,” said the kindly looking lady. “Just pop in and see your vet to make sure all is well. I’ve cleaned the wound as best as I can.”

“Thank you,” said Joe. “Weren’t we lucky to meet a vet nurse just when we needed one!” He gave a hearty chuckle.

The pair noticed the small group standing nearby.

“Well, we are ok here, thanks, but I couldn’t help but admire your loose lead walking as you approached. How do you do that? I can get the dogs to sit and wait nicely and to listen to me when they are off lead, but when it comes time to move on lead they get so excited that my shoulder almost gets wrenched from its socket. How do you do it?”

“Well, there’s a game for that. Come and I’ll show you,” said the Gamechanger.

The dog walker and the vet nurse looked at each other. Games! How could games train dogs to walk nicely on a lead? Intrigued, they fell into step behind the Gamechanger. The harassed terrier owner joined in at the back, keeping her distance.

A dog and his owner appeared in the distance but the Gamechanger’s dog didn’t care as they settled in to watch what was happening. There was no question of him going off to greet them. There was nothing in the world but the dog and his Gamechanger and the fun they were having together.

Three minutes later, the Gamechanger scattered some tasty treats into the grass for her dog to enjoy as she spoke to the harassed terrier owner, the dog walker, the vet nurse, the dog-in-the-distance owner who had now come close to hear what was being said, and a small crowd, some with dogs, some without, that had gathered behind the group.

“Who here is a dog trainer?” asked the Gamechanger.

No one raised their hand.

The Gamechanger shook her head.

“Wrong,” she said. “In this group we have dog owners, dog walkers, vet nurses, people who work with dogs every day in some way. The truth is, you are all dog trainers. Dog training doesn’t just take place in a church hall once a week, teaching your dog to sit on cue. Dog training happens all day every day. Whenever you are with your dog or a client’s dog, you are teaching them. You are teaching them to interact with the world, how to cope, and how to be in the world.”

“Do you mean,” asked the harassed terrier owner quietly. “That I’m a dog trainer? That I can get the results you get too?”

“Yes,” said the Gamechanger with a wide smile. “You can all get these results!”

“But how?” asked Joe the dog walker.

I hated walking him and I had to do so late at night when no one else was around. I was frightened to come out to the park so late on my own so some days he just didn’t get walked. I felt so sad for us, for the life we were living, and I truly wondered if I was the best owner for him. And it was even more embarrassing because I’m a dog groomer. I thought I should be able to handle my own dog!”

The harassed terrier owner dabbed at her eyes with a  tissue, seeing parts of her own story reflected in the Gamechanger’s tale.

“But then I found absoluteDogs. They taught me that there was more to life with my dog, that our struggles could be resolved through games. I became a games based concept trainer, teaching my dog how to not just cope with life but enjoy it and make the very most of it. We train through games and we love every second of our life together. That is the real life result of games based concept training. My dog has gone from a pessimist who couldn’t cope with anything to a confident, happy dog who wants to work with me. And the results started straight away, from the first three minute game. It is incredible.”

The Gamechanger motioned to her hoody. It read “Pro-Dog Trainer”.

“I became an absoluteDogs Pro-Dog Trainer through their Pro Dog Trainer programme and it is the best thing I ever did. Now I run my own dog training classes in addition to my grooming business. I play games in my salon to calm the dogs when they come for treatments, and in the evening I teach owners how to play games that will transform the lives of their dogs. I make a real life difference to the lives of dogs and their owners every day. And I love it.

So who wants to play a game?”

A forest of hands shot up.

The Gamechanger spaced the group out and instructed them in the Tornado game. There was a whirlwind of activity for three minutes. All the dogs worked joyously with their owners, revelling in this new found way of training.

As she watched them work, the Gamechanger felt her heart swell, as it always did when she saw owners getting real life results with their dogs. She was grateful every day for absoluteDogs and the Pro-Dog Trainer Programme for the transformation it had brought to her and her own dog, but also to those she could help with the knowledge and tools she had learned.

The Gamechanger caught the eye of the formerly harassed terrier owner as the terrier made the choice to ignore another dog and focus on her. The woman beamed. Joe the dog walker indicated that he had to go and mouthed “thank you” as he returned his dogs to the lead and walked off with them calmly trotting at his side. And the vet nurse beamed at the Gamechanger as she played joyously with a dog she had only just met. 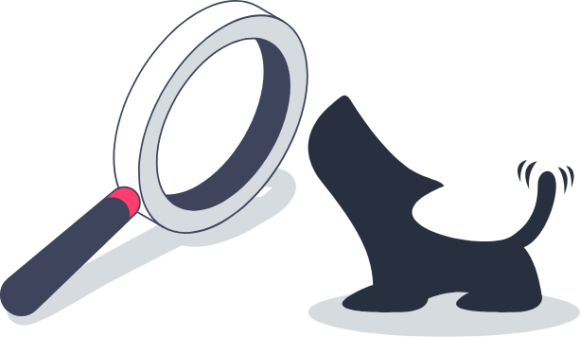 Let us help you find something?

Search for anything like training struggle solutions, new game inspiration or even books or courses to help you in your dog training 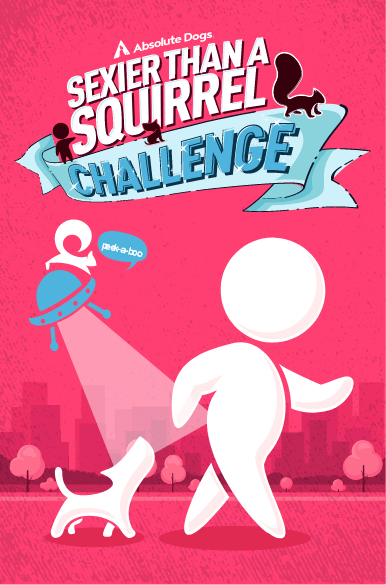 Let’s help get you started